Gosh that looks sore! #sciencemuseum #breastcancer
A chilly but splendid day at #whitlinghamcountrypark for a stroll today #norfolk
A stunning day yesterday for the return to “the office” in 2023. Today’s weather…not so much….but I barely left my sofa
It’s a wet day in “the office” today… #wetlands
A little bit of Twixtmas culture - #cezanne
Yikes!

“You’re not as tall as I expected.”

These are the words of greeting as I arrive at the bar for my first date since the break-up of my marriage, my treatment and surgery.  It is not a promising start. I manage to stop myself from responding, “You’re older than I hoped” as I make my way to the bar to get a drink. 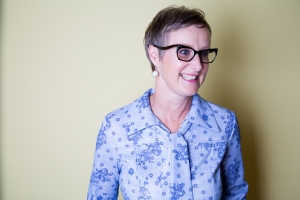 This is a blind date facilitated by a friend who somehow guesses I am well suited to an ex-work colleague of hers. How she has determined our compatibility beyond the fact that I am single and so is he, is frankly beyond me. But I might as well go with it as there are not hordes of suitors queuing at my door.

We have stalked each other on LinkedIn so we do have a vague idea of what each other looks like, or what we might have looked like a few years ago on the picture we deem most suitable for business networking. We’ve exchanged a few emails, the online equivalent of dogs sniffing each other’s bottoms and here we are.

I don’t really want to go on dates yet. If eligible fit young men could be sent to my flat to trial hanging out on the sofa eating Pringles while watching crap TV that would be fine. But apparently that is not what happens. I am as likely to get selected on first views while swiping a profile on a Phone App as I am to be cast as Mary Poppins in a West End stage show. So, I must take my chances where I can get them I suppose. Or should I?

So here I am. On a work night, seated opposite a pleasant looking man who works as a career coach. I feel like I am being interviewed. In spite of his horror at my lack in inches he gives the date a whirl and interrogates me on my life choices. Already I am thinking that if he is disappointed in my height he might have an apoplexy when he discovers what I don’t have in my bra.

Now I think I am a jolly kind of person. I enjoy a joke and I have a few interesting anecdotes from past and present to share in good company over a drink. I am not always falling over myself to announce I have had cancer. But it has been a big part of what has been happening to me over the past two years. In the absence of my husband it has also been the source of most of my human interaction. So habits have been formed. But I manage to keep it out of the conversation for the early part of the evening, yet let it slip that I have had a bit of a problem with my health over recent times. So it was all my fault when he asked the question. “Tell me” he probes. “You mentioned that you haven’t been well, can I ask what you had wrong with you?”

Only then do I realise that I don’t want to tell him. And yet why not, it’s going to have to come out some time or other. After all, if we were to become an item and he wants to head off on romantic mini breaks he may spot the glue for sticking on my tit amongst my fluids at the airport check-in. Don’t get me wrong I am not buying wedding dresses in my head here. But a girl loves a mini break if there’s romance in the offing.

I take a deep breath and say, in what I hope is a casual kind of way, “I’ve had cancer”. What comes next is another surprise. “Where?” he asks. Now I am a forward kind of girl and it is only maturity, lack of opportunity and good manners that have calmed my instinct for being promiscuous, inappropriate and downright crude. But I wasn’t really planning to talk about my breasts on my first date. Now I could have been coy and refused to answer. But what’s the point in that. I often feel coyness is a form of attention seeking. A bit like those irritating cryptic status posts on Facebook along the lines of “ I cannot believe what just happened!”. And so I take another deep breath and reply (taking all these deep breaths I am surprised I didn’t hyperventilate and prompt him to stick a paper bag over my head), “In my breast”. Now I don’t know what I expected the response to be. I am, at this point of the date, feeling very awkward. But what did happen was unexpected. What did happen was not what all friends’ positive messages of hope had prepared me for. What did happen was that he looked at his watch, announced that he had a train to catch as he had a long commute home and he hopped off his bar stool and departed to get his coat. He was not rude, he did not run. But clearly, like me, he didn’t want to talk about my breasts either.